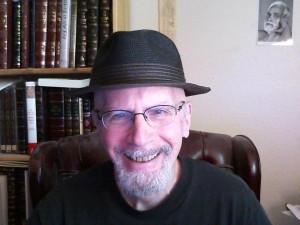 Rabbi Miles Krassen, PhD., is a teacher, author, scholar in the fields of comparative mysticism and the World’s Wisdom Traditions, and musician. He completed his doctorate in Religious Studies at the University of Pennsylvania and received rabbinic ordination from the P’nai Or Fellowship. Currently located in Albuquerque, NM, he serves as Rabbi of Planetary Judaism, an organization for disseminating progressive mystical Jewish teachings based on the spiritual insights of early Hasidism and Kabbalah. He devotes himself to mystical studies and practice, and the teaching and training of teachers and practitioners of a new paradigm for inner development and self-transformation within the Jewish tradition. In addition to his academic career, Reb Miles has been teaching inner Judaism for many years to private students and at summer retreats including Elat Chayyim, the Aleph Kallah, and Ruach Haaretz. His classes and workshops are based on a deep love for traditional sources, familiarity with many non-Jewish wisdom traditions, and respect for the latest findings of contemporary scholarship and science.

Reb Miles’ interest in mysticism and spirituality dates back to the 1950s, when he began studying Yoga, Buddhism, and Taoism. In the 1960s, he became interested in Western Wisdom traditions dating back to Plato, the teachings of Gurdjieff, Sufism, Christian Mysticism, and later, Tibetan Buddhism and Advaita Vedanta.

During the 1970s, several providential experiences led him to discover the great, hidden depths of the Jewish Mystical tradition and Hasidism. That discovery involved so deep an identification that to this day, although he continues to study and honor all Wisdom traditions, his path remains centered in Hasidism and the Kabbalah.

In the 1970s, Reb Miles’ first Jewish teachers were Rabbi Shlomo Carlebach, may his memory bless us, and Rabbi Zalman Schachter-Shalomi, from whom he later received ordination in 1996. Under their influence, Reb Miles lived in Boro Park and studied at a local yeshivah. During that time, he was privileged to experience the teachings and spiritual practice of a number of great Rebbes, especially Rabbi Shlomo Halberstam, the late Bobover Rebbe.

As a result of these experiences, it soon became clear how many deep spiritual truths and methods for transformation had been preserved. Nevertheless, it was equally clear that these treasures were embedded in cultural forms and attitudes of an earlier period in human and Jewish history and needed to be situated within a new context and paradigm in order to guide us in our present state of development.

In order to acquire the textual skills required to gain direct access to the treasury of Jewish mystical tradition, Reb Miles turned to the world of academic scholarship. Initially, he studied with Professor Lawrence Fine at Indiana University, where he received an M.A. in Religious Studies. He later became a student of Rabbi Arthur Green at the University of Pennsylvania, where he wrote a dissertation on the spirituality of early Hasidism.

In the 1980s, Reb Miles was also a Lady Davis Fellow at the Hebrew University in Jerusalem. There he was privileged to study with leading scholars of Jewish Mysticism and Kabbalah, including Professors Moshe Idel, Yehuda Liebes, Rachel Elior, and the late Rivka Schatz-Uffenheimer.

After completing his doctorate, Reb Miles taught at Smith College and at Oberlin, where he served as Associate Professor of Religion and Director of Jewish Studies. While at Oberlin, he wrote Uniter of Heaven and Earth, a study of mystical experience in early Hasidism and Isaiah Horowitz: the Generations of Adam, an introduction and translation of a major portion of an important Kabbalistic work of the 17th century.

From 2004 to 2007, Reb Miles was Professor of Judaic Studies at Naropa University.

Planetary Judaism and Beyond · Copyright © 2022 All Rights Reserved